If AI Invents Something,
Who Owns The Patent?

A Look Into Current Patenting Trends

Artificial intelligence (“AI”) is the name of the game. From Silicon Valley to factory floors, to the smartphone in your pockets, AI programs and applications are rapidly taking over the tasks we used to do ourselves.

When noted innovator and entrepreneur Elon Musk looks at AI, he sees the future. “Robots will do everything better than us.”

While it may be easy to waive AI away as another techy buzzword, that would be a mistake. AI is a profound technology, as consequential as the wheel or electricity. While AI hasn’t entered into every aspect of our lives (yet), it is already seamlessly integrated into many of our daily routines (e.g., curating ads and completing our sentences when composing emails, for example).

The growth of AI won’t be the usual stuff we typically outsource to AI brains, such as dense calculations, analytical modeling, and basic spell checking. Instead, AI is now branching into everything from art to the act of inventing. Artificial intelligence is rapidly progressing from beating humans in chess to brainstorming novel ideas and generating innovative solutions, independently, without any human assistance whatsoever. 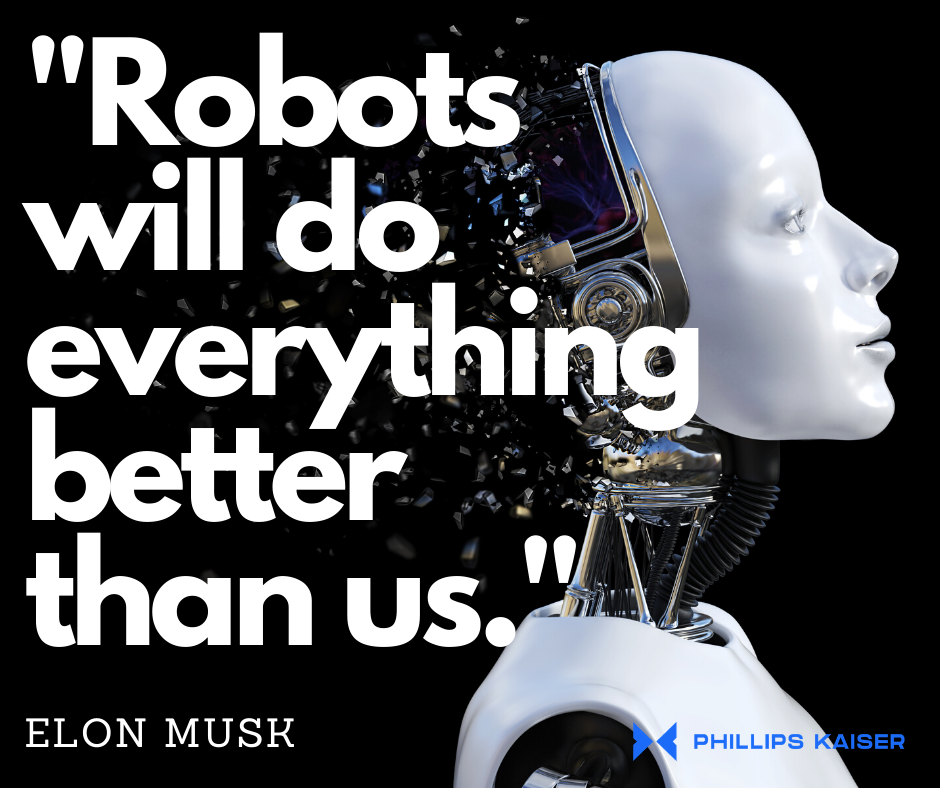 Today, independent AI can create abstract art. Even more impressively, AI has developed a drug entirely on its own designed to treat OCD.

With worldwide spending on AI projected to reach as much as $200 billion USD by 2026, we should expect to see an acceleration of advancements in AI technology and more entirely AI independently developed inventions. Soon, humans may no longer be able to lay sole claim over ingenuity. We may soon no longer be the only creatures on earth who can invent genuinely new and novel things. The interesting question that arises from this fast-approaching reality is:

If AI invents something, who owns it?

If an AI system has an idea and creates something new, can the invention be patent-protected? 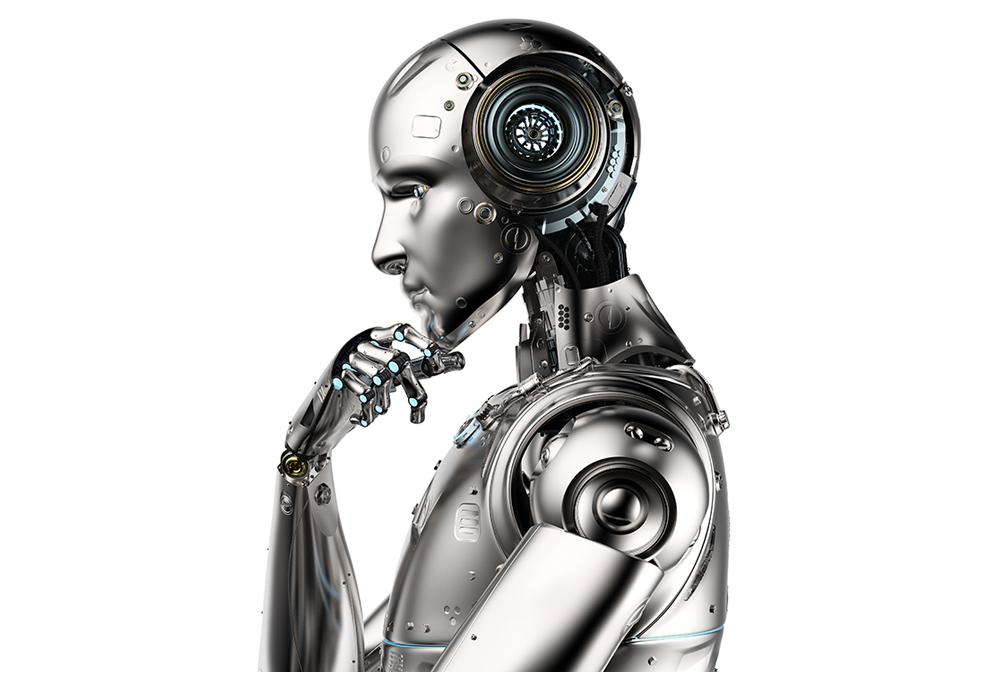 This question is no longer theoretical.

In 2019, the Artificial Inventor Project (AIP) team submitted a series of patent applications with DABUS (an AI system created by Dr. Stephen Thaler) as the inventor of record – the first time an AI system has been disclosed as an inventor for patents. The applications were for two inventions: a beverage container that can be easily grasped by robotic arms, and a warning light that uses human brain activity patterns to more effectively catch a person’s attention in emergencies.

AIP intends to test the limitations of various countries’ patent laws to see if AI inventions would be patentable and therefore protected as if a human inventor invented them.

In particular, AI systems are becoming more inventive. As business lawyers, we are concerned with the many different legal and policy questions relating to the intersection of AI inventions and patent law.

The goal of this discussion is to:

So, Can AI Own A Patent?

Because DABUS, the inventor, is not a human, the inventions are not patentable and cannot be patent protected.

In patent law, an inventor has been understood to be a natural person and not an entity or corporation. You can’t leave a blank for the inventor when applying for a patent either. The application requires each inventor to sign a declaration stating they are the original inventor of an innovation.

So, the workaround is to list a human-like Stephen Thaler as the inventor, right?

It's not that simple.

Under US patent laws, an inventor must be correctly named. While Thaler created DABUS, he did not have the knowledge and expertise to invent the shape-changing container or the warning light on his own.

In other words, Thaler had no hand in the inventions that DABUS created independently.

Please note that inventors should be distinguished from patent owners. In practice, most patents are owned by companies and are often assigned to a company by the human inventor when the inventor is employed by a company.

For example, when an employee in the R&D department of a company invents something new, the employee actually has the initial ownership rights to the patent. However, most companies require their employees to sign an agreement upon their employment assigning ownership of any inventions automatically from the employee to the employee. So, the original intention of requiring inventors to be listed in the application is to ensure they are given credit for their efforts.

Due to a ruling by the US Patents Office, however, DABUS will likely never get credit for its inventions. According to the USPO, AI can’t technically invent things. US patents can only be submitted by and granted to natural persons. To get a little more technical, the USPO specifically pointed to statutes such as 35 USC. §§ 100(f)-(g) and § 101, which use words like “individual” and “whoever” in the context of inventorship, thereby implying natural persons.

Patents that list DABUS as the original inventor have also been denied by patent authorities in the United Kingdom and the European Union for similar reasons. It seems that for now, AI isn’t allowed to submit their new and novel inventions for patents with DABUS as the inventor. Instead, patents must be submitted by a real human being with a natural person listed as the inventor.

Looking Ahead To Challenging Questions

The patent system’s purpose is to serve both patent owners and society. It strikes a balance by rewarding inventors and patent owners by granting exclusive rights (i.e., the right to exclude others from making or selling the invention). It rewards society with the diffusion of knowledge by disclosing details of the invention. By both protecting patent owners from the competition and giving the public awareness, the goal is to propel and inspire others to innovate and invent.

Could the arrival of AI-generated inventions render the current patent system useless in achieving its intended objectives?

We sifted through some scholarly white papers exploring patent law issues, including one published by the World Intellectual Property Organization (WIPO). Stakeholders, relevant actors in the legal system, and regulatory bodies are urged to confront challenging questions to reevaluate the established legal framework in the context of AI inventions.

Should inventions, autonomously created by AI, be patent protected?

Under current laws, AI inventions cannot be patented because the inventor must be a natural human. However, the AIP team argues that denying AI the ability to submit patents for consideration will stifle investment in AI technologies. AI owners and creators may not be incentivized to train and develop advanced forms of AI dedicated to creating new and useful inventions. That means society could very well be missing out on potentially life-saving innovations.

On the other hand, if AI inventions are patentable, there is a concern that only the companies or countries with the resources to create such advanced AI will benefit at the expense of the majority of other human inventors. In other words, a single company or country with an extremely powerful AI could theoretically own millions of patents and crowd out other companies, countries, organizations, and individual inventors. This potential AI-driven “patent monopoly” would do great harm by de-incentivizing human innovation and invention.

If AI inventions can be patented, who should own the patent rights? 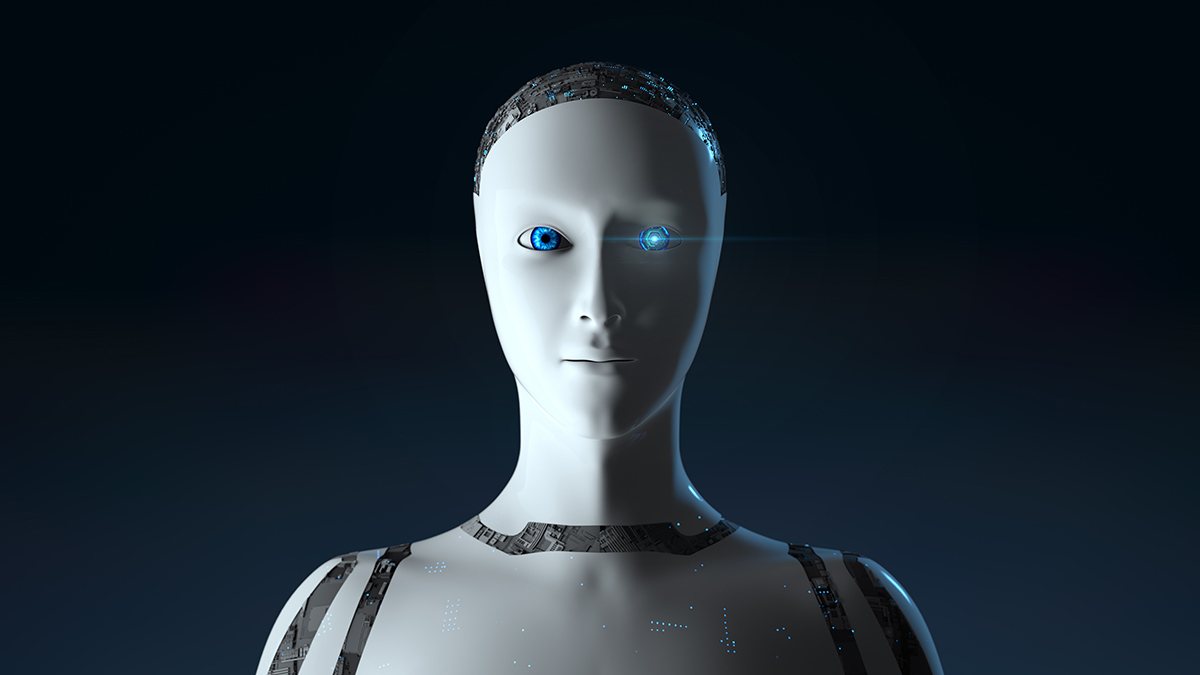 Typically, inventors transfer ownership of the invention to their employer or company. As AI progresses, multiple companies may have ties to an AI system: the programmer, the developer, or the end-user who directs the AI to act.

Who should own the patent rights and reap the economic benefits?

Could the AI system itself own the patent rights itself?

Most legal experts currently agree that an AI cannot own a patent. However, there is a chance that this could change soon. Personhood status has been granted to AI systems before.

For example, Japan appointed AI robot Vital to its board of directors, and Saudi Arabia recently gave citizenship to AI robot Sophia. While these have primarily been publicity stunts, there may come a time in the future when advanced AI could be granted some form of personhood.

With AI in mind, some argue that patent protection should be abolished altogether and that alternative policies and regulations can better encourage innovation while protecting the rights of human inventors.

Owners of AI have not performed any intellectual creative act. At the same time, the AI is not incentivized by the potential financial windfall of a patent. After all, AI does not have material needs. They would continue happily inventing with no incentive or reward whatsoever. If this is the case, why give anyone exclusive rights to work that are created by non-human AI and robots? Instead, all AI creations should belong to the public domain.

What if AI infringes on patents? Who is liable?

The present laws do not consider situations where AI has committed patent infringement independent of humans. Who is responsible in this scenario?

After all, AI such as DABUS that is operating on its own can generate new ideas that are totally out of the control of its operators.

Most people assume that the owner of the machine or AI will be held liable for any damages caused by the actions of the machine. However, this is problematic because the basis of our law system is built on predictability.

People need the ability to know when they are breaking the law and when they are in compliance to establish intent. Since the owners and operators of a machine, such as DABUS, cannot foresee the actions and outcomes DABUS may produce, it is almost impossible to justify a patent infringement claim.

Nonetheless, owners of advanced AI should still be wary of potentially infringing on the rights of others. Since the AI itself cannot be held responsible for damages and cannot itself pay for damages, litigation often focuses on the owners and operators of the AI. This is why in the event of an accident involving a self-driving, autonomous vehicle, it is Tesla, not the AI that made the error, that is taken to court.

1. Stay informed and take part in the conversation.

We’re not at the point where machines are routinely generating new inventions yet. However, if you own or have a stake in AI systems, it is crucial to be proactive rather than reactive.

You can take part in shaping the future landscape instead of letting outdated laws and policies cause irreversible problems. You will also want to create specific and well-defined parameters within which your AI can operate.

3. Review your employment agreements with a business lawyer or patent lawyer.

Modify employment agreements with employees who design, develop, and train AI systems to ensure patent rights to any AI inventions are signed to the company owning the AI.

4. Review licensing and purchase agreements with a business lawyer or patent lawyer.

Agreements relating to AI systems should include provisions for ownership of inventions generated by the AI systems.